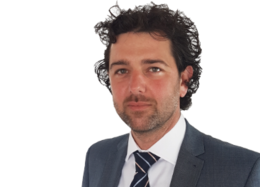 Dr Marcelo Rodrigues, a dual-national Consultant Scientist, joined Brookes Bell in 2018 after obtaining his PhD in Biological Sciences in Spain and six years’ post-doctoral experience between Austria and the United Kingdom, with internships in USA, France and Belgium.  His areas of expertise lie in the carriage of cargoes at sea encompassing loadport, voyage, discharge and quality disputes; as well as hull fouling disputes.

As a cargo scientist, his main area of expertise lies in the field of bulk and packaged agricultural commodities (food, feed and fertilisers), advising shipowners, charterers, commodity traders, insurers and shipping lawyers. He advises on cargo properties and dangerous goods issues and has conducted survey investigations in many countries into incidences of cargo damage arising from pre-shipment and transportation, sampling and laboratory testing of such cargoes as well as contractual quality disputes.

As a bio-fouling scientist, he has been extensively involved with incidences of hull fouling to ship’s hulls.  He has extensive experience on the biology of major marine fouling organisms, which settle on ship’s hull and other submerged man-made structures and has conducted investigations into the origins, causes and extent of hull-fouling organisms. He has presented at several international conferences on this subject, acts as referee for scientific journals and expert panels for the European Union, and has published 11 peer-reviewed articles in top scientific journals.  He obtained EU funding and co-organised the Brookes Bell Biofouling Workshop in Liverpool in 2019.

Before joining Brookes Bell, he carried out academic research for ten years on multi-disciplinary marine science, molecular biology and bio-chemistry projects, and completed three research cruises on-board the oceanographic research vessels ‘Sarmiento de Gamboa’ and ‘Hesperides’.  His research focused on the formulation of new adhesives for underwater applications via the characterisation of adhesives encountered in nature (biofouling) and has used a wide range of molecular biology techniques.

In addition to English, Marcelo is fluent in the Portuguese and Spanish languages.