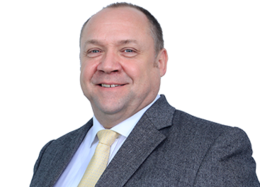 Neil Gardiner, a Master Mariner with a combined Honours degree in Marine Technology and Maritime Law, joined Brookes Bell in 2012 as a Managing Master Mariner.

Neil Gardiner is a Master Mariner with a BSc (Hons) degree in Marine Technology and Maritime Law. He joined Brookes Bell from a position as Ship Inspector for a leading P&I Club, and had previously investigated casualties for another UK-based marine consultancy for 6½ years. He served on a variety of vessel types, including container vessels, refrigerated cargo vessels and high-speed ferries; he sailed as Master for nearly 7 years.

While working for TMC, Neil was invited to the UK P&I Club's Carefully to Carry Committee, sitting on the Container and Dangerous goods sub-committees, advising the Club's members on various cargo claim-related issues, and had 2 articles on container stowage and securing published in Carefully to Carry Bulletins.

He has prepared technical advice and expert reports for commercial litigation with respect to the following issues:

He has acted as expert witness in court, arbitration and mediation in the UK and abroad.