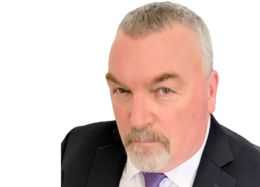 David Ireland joined Brookes Bell in 2021 and brings with him a wealth of experience.  He has been based in Singapore and the USA and handled numerous cases for P&I Clubs, Hull & Machinery Underwriters, Shipowners and Lawyers involving various vessel types.

Appointed to the SCR panel in 2016, David has attended vessel groundings, refloatings and salvage operations world-wide for various insurance clients and has considerable experience in wreck removal operations including preparation of Invitation to Tenders (ITT), tender analysis, including qualitative and quantitative assessments, assisted in contract negotiations and attended on site throughout complex wreck removal operations, working closely with local authorities to ensure compliance with contractual requirements.

David has served in all ranks up to and including Master in the tanker industry trading worldwide with the major oil companies and shipping companies involved in this trade spending the last nine years as Master of ULCC and VLCC tankers trading primarily in the Middle East, the Americas, Far East and Africa.

During a 28 year career in the tanker industry he gained extensive experience of tanker terminals throughout the world, including navigating in and around tanker ports, berthing operations and cargo handing at tanker ports.  David gained extensive experience in Ship-to-Ship transfer operations worldwide, including offshore lightering operations on the US Gulf Coast, deep sea STS off the US West Coast, west coast of Africa and various locations in the Far East.