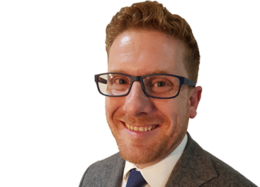 William was employed as a marine consultant prior to joining Brookes Bell, working for two consultancy firms. He has also work at an IACS classification society in their emergency ship response team. He has a Masters in Naval Architecture, specialising in yachts and small crafts, from the University of Southampton. He specialises in investigations of total losses and cargo losses arising from groundings, capsizes, collisions, cargo loss and collisions. He is a Lloyds listed SCR and has provided assessments of wreck removal for Owners and Clubs on several occasions. He has attended on site during salvage and wreck removal operations in the capacity of company representative/technical advisor. He has participated in bid evaluations for large wreck removals focusing on technical feasibility and risk analysis.

He has advised clients on several important legal cases and given evidence in arbitration.

Specialised in marine casualty investigations including groundings, capsize, total losses, cargo loss and collisions. Investigated several casualties on behalf of P&I Clubs, Owners and other interests. Provided assessments of wreck removal for Owners and Clubs on several occasions. Has attended on site during salvage and wreck removal operations in the capacity of company representative/technical advisor. Assigned on some major casualties such as, Costa Concordia, Solomon Trader, Jupiter 1 and Troll Solution.

Part of the on-call team responsible for running the emergency response software and maintaining the pre-prepared computer models of ships. Assessment of damaged stability, grounding forces and longitudinal strength during emergencies. Worked on approximately 20 cases including groundings, collisions and loss of stability in adverse weather conditions. Development of new methods for emergency response such as container ship e-loading.

Performed hydrodynamic calculations and research studies, primarily, for the UK defence sector. Assisted on the development of new ship concepts in the commercial and naval field. Participated in development work for the damaged seakeeping team using dedicated software developed by the Cooperative Research Navies. This included oversight of experiments and result post processing for the validation of the software, and development of a new code that includes dynamic longitudinal strength for damaged ships. Performed seakeeping calculations for the Royal Navy, including V-lines calculations, mast accelerations calculations for a T45 Frigate.