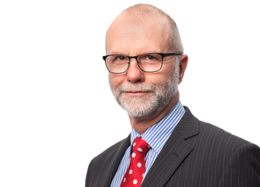 Graeme Bowles is an experienced Master Mariner having spent over 35 years as a consulting surveyor after leaving the sea.

During that time he has seen a wide range of different problems and situations involving various ship and cargo types. He is listed by Lloyd's Salvage Arbitration branch as SCR in recognition of his extensive salvage and casualty management experience in various roles following fires, collisions, groundings and similar mishaps. His seagoing experience was mainly in chemical tankers and the problems associated with the handling of liquid cargoes in bulk, including chemicals and vegetable oils, form his particular expertise. He has written reports for and given expert evidence in litigation arbitration and mediation in England, Scotland, The Netherlands, the USA and China.