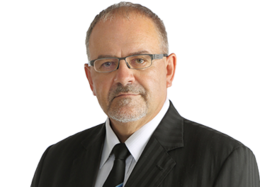 John Gibson, a Marine Engineer and our Director of Asia, was at sea for twenty years before joining Brookes Bell in 1996.  Achieving the rank of Senior Second Engineer, today he is a Chartered Engineer.

His main area of surveying experience is with regard to damage to hull, machinery and shore installations.  He has also been involved in matters relating to ship stability and structural failure, and has provided advice on a range of marine engineering-related matters.  He has extensive knowledge with regard to LNG and LPG vessels, including their containment, pumping and associated equipment. John has been involved in numerous LNG containment system failures, damages and disputes. This included in service fatigue failure of Invar tanks resulting from load cycling, sloshing and thermal issues. He has also been involved in containment system repairs, inspections and maintenance, including tanks, fittings, and control and monitoring systems. Also, he has experience of re-activation, lay-up, drydocking and gas trials of LNG vessels.

His second area of specialist activity is with condition surveys of vessels, particularly tankers and gas/chemical vessels, and he was, prior to joining Brookes Bell, involved in vetting ships for use by oil majors.

He has also undertaken investigation and provided advice on a range of matters, including collisions, fires, strandings, salvage and contractual disputes.  John has also reported on fatal and non-fatal fires on vessels and is a member of the Institution of Fire Engineers.

He has prepared technical reports for, and has given evidence as an expert witness in, arbitrations and at court hearings, both for the UK and Europe.  John is a Supporting Member of the LMAA, an Accredited Member of the Expert Witness Institute and a Member of the Singapore Chamber of Maritime Arbitration.

Before becoming a marine surveyor, John Gibson was at sea for twenty years, serving on a wide variety of vessel types, including bulk carriers, general cargo liners, and oil and gas tankers from 20,000 to 200,000 tonnes deadweight, in all ranks from cadet to senior second engineer.  He has more than ten years' experience on LNG and LPG carriers, both as second engineer, and also sailing as cargo engineer, where he was responsible for the containment, pumping and associated equipment.