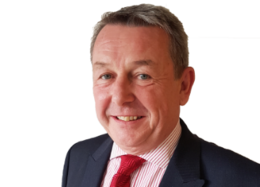 Nick Haslam joined Brookes Bell as Partner in March 2019 after 22 years in the marine consultancy industry.  He previously served at sea for 21 years in all ranks up to Master.  He has considerable towing and anchor handling experience and previously worked for four years with a salvage company onboard salvage tugs.  He also served on various ship types including reefer, container, bulk carrier, general cargo, tugs and AHTS.

Nick has carried out a variety of surveys and opinion-based work since becoming a consultant; these are listed at the end of this CV. His particular specialisations are in the areas of salvage and wreck removal; towing disputes; offshore operations; and salvage arbitration.

In addition, he has attended a commercial mediation in respect to an unsafe port claim in Greece and has acted as technical comediator in respect to salvage services relating to a collapsed jackup rig in United States mediation.