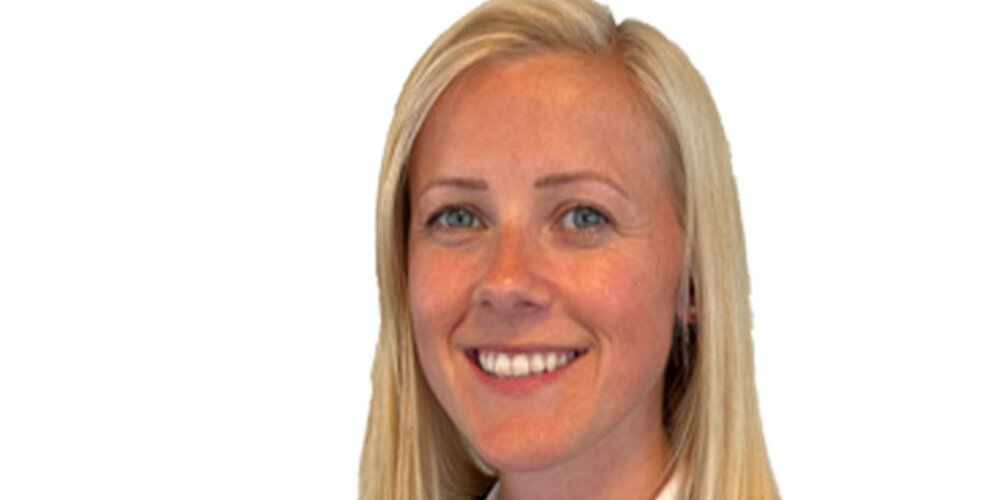 Brookes Bell, the leading multi-disciplinary technical and scientific consultancy, has appointed its first female Master Mariner as a marine consultant.  Karley Smith joins Brookes Bell after 16 years at sea, 11 years working in the offshore oil and gas industry where she qualified as a Dynamic Positioning Operator and most recently, from the private superyacht sector, where she worked as Chief Officer.

Using her experience as a Master Mariner she will be working with the team to investigate and help solve maritime disputes and provide advice for legal cases.

This is one of several similar appointments in recent years across the maritime industry, which is making moves to appoint more women to senior positions; something which is highly necessary given that women represent only 1.2% of the global seafarer workforce.

Karley admits that she never intended to go to sea, but whilst her brother was at Fleetwood Nautical Campus she reconsidered her career options after listening to stories about his cadetship training and following a careers open day where she engaged with female cadets. As a result, she applied for a Foundation Degree course and a sponsored cadetship working on tankers and nuclear fuel carriers.

On the completion of her cadetship, she was awarded the Maritime and Coastguard Agency’s Officer Trainee of the Year Award for 2010 and went on to continue her studies, achieving a First Class BSc (Hons) in Nautical Science at Liverpool John Moores University.

Her first seagoing role was with Stena Line on the ferries operating between Liverpool and Larne, from there she joined Sealion Shipping working in the offshore oil and gas sector initially in the North Sea, a challenging location which offered good training for other roles around the world.  She completed her Dynamic Positioning Operator Unlimited certificate which gave her the vital skills which would later support deep-water drilling, saturation diving, windfarm construction, ROV and survey operations.  Her experience also gave her opportunities to travel, working in the Far East, Africa, South America and Mediterranean.  She later joined Subsea 7 working in the North Sea, Canada and West Africa.

Karley says: “I've really enjoyed my time at sea, but now I am looking forward to new challenges and using my specialist operational experience in new ways. I would thoroughly recommend a career at sea to any female, I've had a fantastic sea-going career with so many varied opportunities. It has opened, and continues to open, so many doors.”

From Subsea 7, Karley joined Stena Drilling after she had completed further study to obtain her Master Mariner qualification. Here she worked on projects in West Africa and South America.

As a result, when offered the opportunity to join a new build project for an exploration 140m motor yacht in Bremerhaven, she leapt at it.  Karley led the bridge and navigation equipment commissioning and acceptance tests, which included ECDIS, oversaw the sea trials and helped prepare the yacht for Flag State and Class surveys, including its Passenger Ship Safety Certificate.

“It was an interesting opportunity. None of the other crew had my DPO experience or commercial background and although I really enjoyed the project it solidified my desire to come ashore. I’ve been a part time lecturer at Fleetwood Nautical Campus for the last 7 years, writing course content material, writing and marking exams and now I am excited to combine my specialist operational experience and my theoretical expertise to learn new skills examining, investigating and advising on maritime accidents and disputes.”

Adrian Scales, Director of Nautical at Brookes Bell adds: “Karley brings with her an exceptional range of knowledge and experience from her seagoing career. She is extremely knowledgeable in both ECDIS and dynamic positioning operations and has sailed on a wide range of vessels, from superyachts, to deep-water drillships, diving support vessels, multi-purpose ROV, platform supply vessels, Ro-Ro, product tankers and nuclear fuel carriers.

“Women in maritime are still hugely under-represented, but Karley’s career as a Master Mariner does show times are changing.  Looking forward there should be no limit to anyone – male or female – building a career in this sector onshore or at sea, and I am delighted to welcome Karley to the team.”