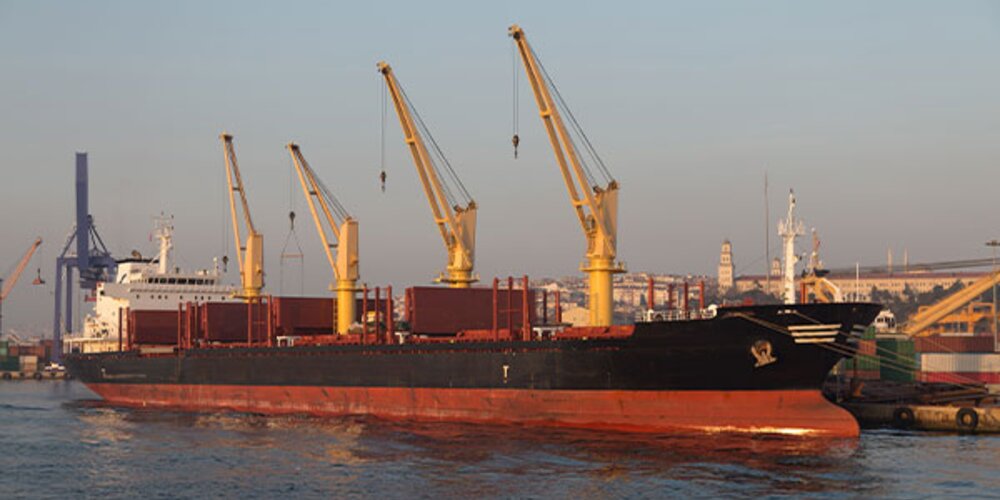 As a leading multi-disciplinary technical and scientific marine consultancy Brookes Bell frequently advises on a range of machinery and hull-related disputes such as machinery or crane failures.

Simon Mackay has been working on one such case which involved a crane failure on a bulk carrier quite a few years ago (2010), here he talks about the investigation and its conclusions.

The case went to arbitration and as is common with legal proceedings, it’s taken quite some time to proceed and conclude. Brookes Bell was appointed to investigate on behalf of the stevedores.

In the course of the accident, the slew post (turret) of the actual crane on the bulk carrier sustained buckling damage and severe deformations of the slew bearing were discovered. The case revolved around who was to blame – was the damage caused by the actions of the stevedores or had the crane been badly maintained and was it faulty?

The investigation was complicated by the fact that any conclusions would need to be based on limited information, as the crane had already been replaced by the shipowner keen to return the ship to full operational capability, and the failed crane had been scrapped.

When the accident happened in 2010, the crane manufacturer sent a technician to take a series of measurements and to assess the damage, but the vessel was then taken to the yard and fitted with a new crane, so Brookes Bell was never able to directly inspect the damage.

Led by Ray Luukas, Marine Engineer and Chief Technical Officer, the investigation made full use of Brookes Bells multidisciplinary team, with Simon Mackay, Senior Naval Architect and Sandy Pollock, Consultant Tribologist all working together on the case.

The investigation has been based entirely on the crane’s structural analysis. The analysis focused on the wear to the slew bearing and how that would affect the loading of the slew post. What would be the result if the bearing was worn to such a degree that the distribution of the load around the slew bearing was not as designed, causing larger concentrated loads.

The crane in question didn’t collapse entirely, but there were openings in the cylindrical slew post and around these there were signs of significant buckling and deformation.

The crane manufacturer’s technician collected standard measurements for the slew bearing and extent of the buckling, but the survey didn’t encompass all of the data that Brookes Bell would seek to collect for their analysis and investigations if they had had the opportunity to attend in person.

So where to start?

The team began the investigation by examining a selection of photographs taken just after the accident and the crane technician’s measurements, although the latter were not very detailed.  A sister crane was surveyed to obtain more “as-built” specifications.  This was a reasonable basis for the start of the crane modelling and analysis and used in conjunction with the original design drawings.

The team then combined this with the testimony of the crews and stevedores.  Their analysis sought to establish if there were any possible operations that the stevedores could perform to result in the observed damages and how the wear on the bearing affected the loading going into the structure of the crane.

The analysis concluded that a sufficiently worn bearing could result in the observed damages and the measurements taken by the crane technician were consistent with this degree of wear in the bearing. The vessel had a fairly typical design of crane slew bearing with a single row of ball bearings, while some have three rows, this design was standard for cargo ships.  With a single row bearing design, there is no redundancy in the design which can have disastrous consequences if it fails.  There have been other accidents where cranes with similar slew bearings have failed, causing the entire crane turret and jib to fall into the ship’s hold.

The structural analyses, particularly of the bearing components, was well beyond any hand-calculations so the team applied finite element analysis to model the crane, validated against the known nature and extent of damage insofar as the turret was concerned allowing multiple loading scenarios to be examined.  The bearing is a very complex component with multiple moving components – so it very quickly becomes a very complex computer model to solve and in this case it was hampered by no inspection of the slew bearing before it was scrapped.

The conclusion was that wear on the slew bearing can result in the damage seen.

Cranes like the one in question are common on bulk carriers and so the results of the investigation could easily apply to many more vessels.

In each case, the vessel operator needs to clarify what signs indicate that the bearings are worn and therefore likely to cause more movement, and what should the crew look out for when conducting maintenance.  This is especially so when the design of the bearing is of a single row of balls.

Ship owners and P&I Clubs need to ensure that any record keeping covers the crane maintenance schedule, specifically the number of hours each crane has been working, regular clearance measurements at the slew bearing together with representative lubricant analyses.  For failure investigations, it is essential that the experts examine the cranes themselves so any computer modelling can be properly performed, preferably on a joint basis with other experts.

The overall conclusion was that the case had generated a lot of learning for the future, that shipowners should incorporate into any preventative maintenance plan.