The adventures of a chemical detective: an interview with Brookes Bell’s Bryan Ward 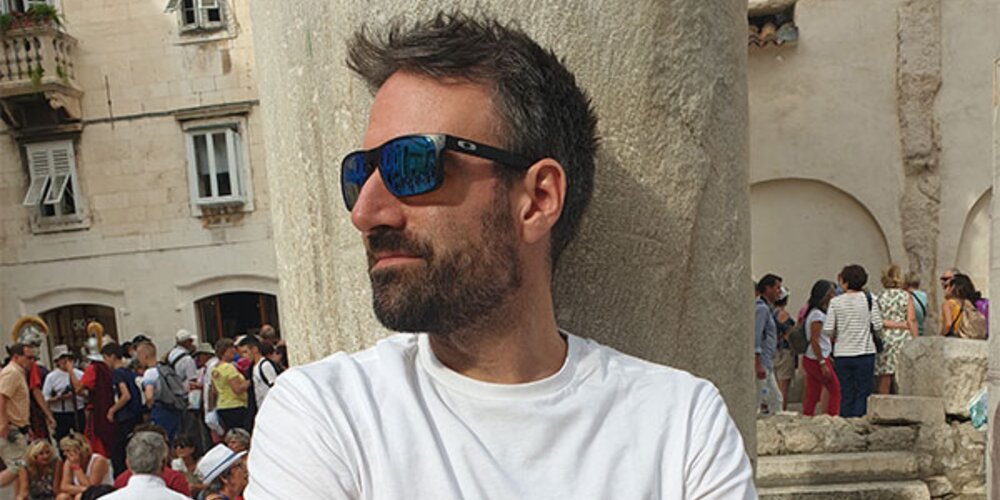 Dr Bryan Ward is a Managing Scientist at Brookes Bell but describes his role as more like the “Columbo of fuel chemistry”.

Bryan conducted a Masters in Computational Chemistry in 2010 at Heriot-Watt University, Edinburgh, where his final year research project involved working on a collaborative project with Oxford University, modelling chemical reactions in a familiar environment – the lab.

After he left University, Bryan worked for the Royal Society of Chemistry in Cambridge for a year and a half in publishing, working in a team screening research articles centered around environmental monitoring.

But Bryan’s heart lay elsewhere.  Wanting to return to hands-on work, he left Cambridge and moved to study for his PhD at Imperial College London.

“I’d never been to London, and I wanted to do something similar to my Master’s, so it made sense”, he said.  “My computational chemistry PhD research involved modelling a real catalyst made from common metals like calcium instead of more typical expensive materials and investigated how this catalyst converted certain starting materials into the final products which were observed in the laboratory.”

In 2018, Bryan joined Brookes Bell, initially as a cargo scientist.  Attending various international disputes, Bryan found himself working on vessels worldwide.  Despite not coming from a shipping background, he received a first-hand experience in the intense reality of global shipping.

“I’d never been on a ship before,” he explained.  “The size of it is insane to get your head around.  You really can’t grasp it until you’re there.  I attended a lot of bulk carriers in the UK, Jordan, Argentina, places like that.”

“I was on multiple vessels each year.  The ones close to home are good because I get to sleep in my own bed,” Bryan added.

He recalled times when it was more relaxation than work, such as an unplanned holiday in the north of Europe while a ship had to go off to anchorage,

“It was fun to kick about Denmark for two weeks drinking local beer and eating the best Vietnamese food,” he said.

Other memories were not as snug but equally experience-defining.

“Once, we slept in a port in Argentina.  It wasn’t glamorous, but it’s a pretty good adventure,” he laughed.

“Gradually, at Brookes Bell, Bryan became attracted to the fuel chemistry side of things as it offered a return to a laboratory environment.  When he joined Brookes Bell, it was at an extremely busy time.  The Brookes Bell bunker team was providing detailed forensic analysis for owners who had been supplied with contaminated blended fuels in the US Gulf.  “I shadowed fuel chemists during lab attendances and in between cargo work I provided some assistance to the bunker team to alleviate a little of the pressure on them,” he said.

“Bunker claims, it’s like detective work.  So I get to be Columbo for a while, which is fun,” he said.

“You are presented with an allegation that a fuel is off specification or has caused problems when put into use, we then need to sift through operational documents and analytical evidence to stitch a narrative together in order to determine how an incident is likely to have occurred.”

“Active cases can be stressful.  There’s a lot at stake, and tensions can be high.  A lot is riding on the analysis,” Bryan said.  “But there’s only so much laboratory analysis can tell you, which is why we adopt a multidisciplinary approach to many bunker quality disputes and draw on the in-house expertise from our marine engineering and metallurgy departments – its great we've got such a big team."

Bryan is also involved regularly involved in liquid cargo contamination cases which he says can be very different to other types of claims as there are thousands of chemical cargoes, carried around the world, which have different properties and behaviours from one another.  While the variation presents a challenge the approach to the investigation remains the same.

During Bryan's university days, career advisors' typical suggestions for someone with his educational background tended to involve pharmaceutical and drug production.  As a result, chemical claims handling doesn't tend to be on the radar.  However, Bryan believes the thrill of solving problems can't be compared.

Initially driven by his first adventure - moving to London for the first time 12 years ago - the tumultuous voyage has taken him back to the stable ground of his Scottish home city.

"Edinburgh, funnily enough, is perfectly placed for contamination cases.  But I'm now at a point in life where I'm starting a family.  Moving back here from the Brookes Bell office in Liverpool keeps me close to friends and relatives.