What Is Metallurgy and How Is It Used in the Maritime Industry ? 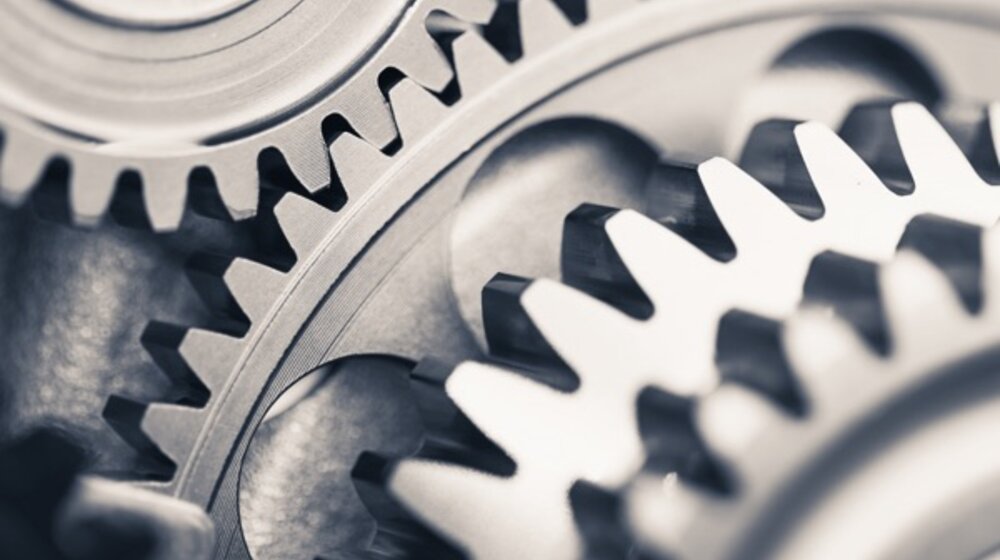 Let’s start with a definition. What exactly is meant by the term metallurgy?

At its simplest, metallurgy is the study of the exploitation of metals. Metallurgy is an ancient science, the Bronze and Iron Ages giving their names to two of the earliest epochs of human development.

The study of metallurgy includes the extraction of metals from their ores, their refinement and combination into useful alloys and the measurement of their physical, mechanical and chemical properties.

Metallurgy studies the interaction of metals with the various environments they may find themselves in.

Finally, metallurgy includes the study of manufacturing and processing technologies that allow the fabrication of useful articles and structures made out of metal, from the simplest blacksmith forged horseshoe to the latest jet engine with directionally-grown single crystal turbine blades.

Metallurgy is generally considered a physical science under the broader umbrella of materials science and engineering. The individuals that are engaged in the study of metallurgy are known as metallurgists or metallurgical engineers.

What are the basics of metallurgy?

Now that we’ve seen what metallurgy is, what does it actually involve?

It may come as a surprise, but there is no simple, concise definition of what a metal is! It is generally accepted that a metal is a substance, either made from a single element or from a combination or elements, that conducts heat and electricity relatively well.

Metals are typically lustrous when first exposed to the air, malleable and ductile.

The confusion comes when it is realised that material properties vary with temperature and pressure and some ‘metals’ (sodium, for example) can become non-metallic under extreme conditions.

Many ‘non-metals’ (including iodine and even hydrogen), can exhibit metallic behaviour under the right conditions.

For our purposes, we restrict the definition of a metal to ‘a substance that conducts heat and electricity well at room temperature and atmospheric pressure and which is sufficiently malleable to be worked with normal mechanical means’.

Note - even this limited definition excludes a lot of cast alloys that are definitely metallic, but have almost no ductility!

The fact that so many of even these ‘basic’ definitions require some form of qualification shows just how complicated the subject can be!

When we consider a study of metallurgy, we commit to understanding:

What are the different branches of metallurgy?

As you may guess, looking at the complexity above, metallurgy isn’t one monolithic discipline.

Once extracted from their ores, the raw metals are then refined to create ‘pure’ metals and can be combined to create complex alloys.

In order to be effectively refined, raw metals typically have to be broken down physically, chemically or electrolytically; hence the numerous processes that fall under the umbrella of extractive metallurgy.

Physical metallurgy refers to the study of making useful products out of metals. It looks in detail at the physical properties of metals and alloys and takes into consideration the phase changes with temperature and/or composition.

In short, physical metallurgy is concerned with identifying and controlling the various properties of metals and alloys, to allow them to be useful for specific applications.

Physical metallurgy also examines the causes of change in the physical properties of metals, such as corrosion or degradation over time.

How does a metal respond to an applied force? That’s essentially the core question that mechanical metallurgy attempts to answer.

Mechanical metallurgy also typically involves the testing of the material properties of metals such as tensile strength, hardness, fatigue etc, as well as looking at things like engineering design and the appropriate selection of materials.

What are the different types of testing used in metallurgy?

Aside from playing an enormous role in the production of metals, metallurgy also plays a vital role in ensuring that metals are fit for purpose; not just at the outset of their use, but across their entire design lifespan.

Metallurgy testing is particularly important in industries where metals are subject to adverse weather conditions and other stresses, strains and loads. These industries include the construction industry, maritime industry, the oil and gas industry, the broader power generation and transmission and distribution industry and many others.

As the name implies, for destructive testing you require a sample that can be destroyed in the process of testing it - quite literally ‘tested to destruction’. As you would expect, because of the diversity of applications for metals there are a number of tests which can be carried out.

These common destructive tests include:

Why are these common tests carried out? They are often carried out for a mix reasons including:

Aside from the destructive tests listed above, there are also non-destructive tests such as ultrasonic testing (for remaining material thickness as well as defect location and sizing), x-ray testing and eddy current testing that can inspect material for internal, surface and just subsurface defects.

These can be just as important as the destructive tests, as even a sound material can be undone if a poor welding job leaves it with a large internal defect.

Brookes Bell has a wealth of knowledge of non-destructive testing methods, their applications and limitations as well as some proprietary techniques specifically designed for the maritime industry.

How is metallurgy used in the maritime industry?

There is a long-standing and historical relationship between metallurgy and the maritime industries, dating right back to the late eighteenth century, when the Royal Navy began experimenting with copper cladding its ships to decrease biofouling (which had the tactical benefit of increasing the vessel’s speed) and prevent shipworm attack (to improve the life expectancy of the hull).

From vessels to shore-side infrastructure such as cranes, assets that are used in the maritime industry continually find themselves exposed to the elements. As such corrosion, material failures and other similar incidents are par for the course.

Because of these issues, metallurgy plays a vital role in the maritime industry.

Let’s take a look at the average lifespan of a vessel to see how metallurgy plays a part in every stage.

Before a naval architect starts looking at prospective designs of a vessel, a huge amount of work goes into selecting the correct materials for construction of the ship’s hull, superstructure and other parts. Sometimes special material considerations are necessary due to the specific type of vessel being constructed, whether that be non-magnetic materials for minesweepers or wear resistant alloys for dredgers.

Whilst there are bodies such as the International Association of Classification Societies (IACS) which set out standard grades that should be used in the construction of ships hulls etc, metallurgists will often be called on to offer expert advice.

Here at Brookes Bell, our metallurgists are regularly called upon to advise upon material selection and verification of raw material quality. After all, the raw materials are the fundamental ‘building blocks’ of a vessel, so it’s vital that you select the correct grade materials (and to check they actually are what is being claimed!).

Depending on the operational environment of a vessel, different metallurgical analyses will be required of proposed materials. For example, it’s especially important to determine the behaviour of materials in aggressive environments e.g. the impact of high temperature on materials once they have been fabricated into steel structures.

Once the materials have been selected, metallurgists are often called upon to provide advice and guidance, particularly where quality and fabrication disputes arise.

Should the vessel owner or charterer find themselves embroiled in a dispute with a shipbuilder or one of their subcontractors, then metallurgists can provide the clear, data-driven answers that will quickly and efficiently resolve the dispute.

Thanks to the range of tests they are able to carry out, metallurgists, such as the team here at Brookes Bell, can help you make critical, evidence-led decisions during the design and build phase of a vessel.

Once a ship has been launched and is in operation, metallurgists are still called upon.

The range of metallurgical issues that can arise during the operation lifespan of a vessel is considerable:

This is just a small sample of the kinds of issues that can arise during a vessel’s operational lifespan.

It’s metallurgists that are called in to get to the root cause of these issues and provide the answers demanded by vessel operators, charterers, insurers and many others.

The main question is nearly always “why has this failed?” Was a component or structure badly designed? Was the failure due to poor maintenance or incorrect use? Or was it simply that the material had reached the end of its expected life, either through wear, corrosion or fatigue?

Metallurgists are called upon to provide the answers.

It’s important to note however, that metallurgists don’t just play a reactive role during the life of a vessel (e.g. responding to failures), but will also play a proactive role too.

For example, in recent years, many vessel operators have noted that corrosion has become an issue for exhaust gas scrubbers. As a result, metallurgists are being called in on a proactive basis to inspect scrubbers and advise accordingly.

With many ships and vessels now lasting between 30 to 50 years, it is not uncommon for them to undergo one or more retrofits during their lifespan.

Retrofitting is defined as the process of installing the latest technologies, components and systems on a ship.

A retrofit will normally be undertaken when a vessel owner wants to benefit from things like fuel savings and making their vessel more competitive against newer designs.

Metallurgists can be involved in a retrofitting project in a number of ways. Just as with newbuild projects, metallurgists can advise on material selection and help resolve disputes.

However, as a vessel that’s being retrofitted will have spent many years at sea, metallurgists will also often be called in to undertake extensive corrosion assessments, assess weld repairs and other inspections.

Find out more about maritime metallurgy with Brookes Bell

We hope you’ve found our guide to metallurgy and the role it plays in the maritime industry helpful.

Here at Brookes Bell our team of metallurgists offer services that cover a broad range of scenarios.

From the verification of material selection and quality for a newbuild project, to inspecting assets on-site, to finding out what happened in the event of a failure, our metallurgists can help throughout the entire lifecycle of your vessel or asset.