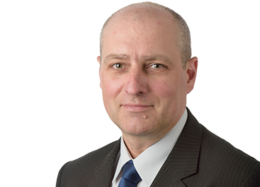 Adrian Scales is a Chartered Master Mariner (CMMar).  He joined Brookes Bell in January 2007 from a position as Master with P&O Ferries (Irish Sea) Ltd., and became Director of Nautical UK in 2019.  He has considerable ship handling experience on various vessel types and gained pilotage exemption certificates for ports visited during employment with P&O.  During his 18 years at sea, he served on various ship types including reefer/container, general cargo, freight ferries, Ro-Pax ferries and High-Speed Passenger Craft (HSC).

Adrian has carried out a variety of surveys and opinion-based work since joining Brookes Bell; these are listed at the end of this CV. His particular specialisations are in the areas of salvage and wreck removal; ship handling; ro-ro vessels and cargoes; high-speed craft; refrigerated vessels and cargoes; stowage and securing. Adrian also specialises in the assessment of crew actions following emergency incidents, especially fire, with respect to compliance with training and familiarisation on board Ro-Ro and general cargo vessels.

Adrian has provided expert reports for, and given expert evidence in, court proceedings in the UK.

Served as Master on Class 7 Ro-Ro, Ro-Pax and High-Speed Passenger Craft (HSC).  Gained pilotage exemption certificates for all ports visited.  Involved in the training of senior deck officers in their ship handling theory and practice.  Assigned the task of implementing working systems, safety training infrastructure and SMS documentation for their two new RoPax vessels for the Cairnryan-Larne route, and achieved this by developing the ship-specific documentation and maintenance database programs.  During 2006, was involved in various shore-based projects for management in respect of new building considerations and berthing scenarios.

Served as Chief Officer on the two modern reefer/container vessels serving the South American/European trade and West Coast of the US.  Responsible for the safe loading, securing and stability of the vessel at all times.  Generated various safety documents, implemented the planned maintenance systems for the vessels, bridge watchkeeping duties and involved in ship handling assessment with Master.