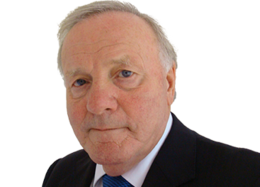 Chris Fisher and his company Bunker Claims International Ltd (BCI) joined Brookes Bell in January 2011.  Chris served as Chief Engineer on Texaco Tankers and later as superintendent engineer with Texaco before starting work as a surveyor & consultant specialising in liquid cargo and bunker quality disputes in 1984.

Chris worked as Regional Manager in Europe for DNV Petroleum Services, based in Rotterdam and then became Director of several BSI-Inspectorate companies in Northern Europe. These companies provided independent Inspection and Certification services related to the sale and purchase of Oil and Petrochemical cargoes. In 2003 Chris returned from Northern Europe to the United Kingdom to concentrate on running his own business "Bunker Claims International Ltd" and in 2004 published his latest book on bunkers with his co-author Jonathan Lux of Ince & Co. In 2009 he was elected Chairman of IBIA, The International Bunker Industry Association. He is a Fellow of the Institute of Marine Engineering, Science and Technology.

Management Period Inspection and Testing 1995-2003 (a Wholly Owned Division of The British Standards Institution) Based in The Netherlands.