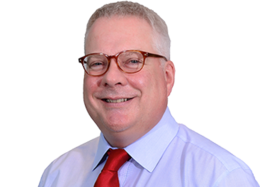 Nicholas joined Brookes Bell in 1999 as a scientific consultant and became a partner in 2004.  He is currently Principal Scientist and based in our Shanghai office.

Nicholas Crouch has a D.Phil. in Chemistry, obtained at St. John's College, University of Oxford, and was formerly a Fellow of Oriel College and is a member of Congregation of the University of Oxford.  During his employment at Oxford he was involved as an expert witness in several multi-billion dollar patent lawsuits in the USA.  He joined Brookes Bell in 1999.

His main area of expertise lies in the field of chemicals as well as in agricultural commodities.  He has provided extensive advice to members in the marine shipping community on the safe carriage of chemical and agricultural commodities. He has been extensively involved with liquefaction issues concerning many Group A cargoes but especially iron ore fines, nickel laterites, bauxite and coal and has conducted many major investigations overseas. Additionally, he has conducted major investigations overseas into incidences of cargo damage arising from transportation and from inherent vice.  He has conducted documentary investigations in connection with legal work.  From his academic and research career he has a comprehensive understanding and 'hands-on' experience of modern analytical techniques and procedures.

His interests are concerned with the carriage of chemicals, agricultural products such as grain, seed cake, vegetable oils, fruit and vegetables, fertilisers, minerals, metal ores and products derived from them.  He also has a keen interest in fire investigations relating to chemicals as well as various other cargoes.

Dr. Crouch has acted in numerous arbitrations and mediations concerning marine cargo claims both in the UK and abroad, such as the USA, Hong Kong and Turkey.

He has appeared as an expert witness in various pharmaceutical patent disputes in the USA and Germany.  This has involved arbitration testimony, both as an expert and a witness of fact at the US International Trade Centre and various depositions and appearances in US Federal Courts.