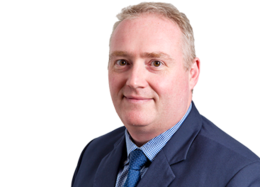 Tim Moss has an honours degree in Biochemistry, an MSc in Toxicology and a PhD in Environmental and Occupational Medicine. Previously Study Director of a major agricultural chemical company, he joined Brookes Bell in 2000, and became Director of Science, Asia in 2019.

Tim's area of expertise concerns the investigation of spoilage, damage, infestation and deterioration during carriage and storage of a wide variety of commodities: grains, oilseeds, bagged products such as sugar, rice and coffee, processed products such as soya bean meal, liquid cargoes such as edible oils, minerals, chemicals and refrigerated goods. He has attended hundreds of vessels, factories, warehouses, storage facilities and silos worldwide during these investigations.

He has specific expertise in the contamination of cargoes and the environment with potentially toxic substances, such as fuels, diesel, solvents and chemicals, and has investigated many high-profile food and feed  contamination cases.  He can also advise on the problems associated with tainting of food and feed cargoes. He has working experience and expertise in the processes involved with malting, brewing and distilling.

Tim has also attended on vessels during and following loading a wide variety of group A cargoes (those liable to liquefy).

Tim has acted as an expert witness in several hearings in UK High Court, in the Magistrate's Court, in Courts in PRC and in arbitrations worldwide, including New York, London, LMAA, FOSFA and GAFTA, and in mediations.