3D Marine and Brookes Bell - planning for the future 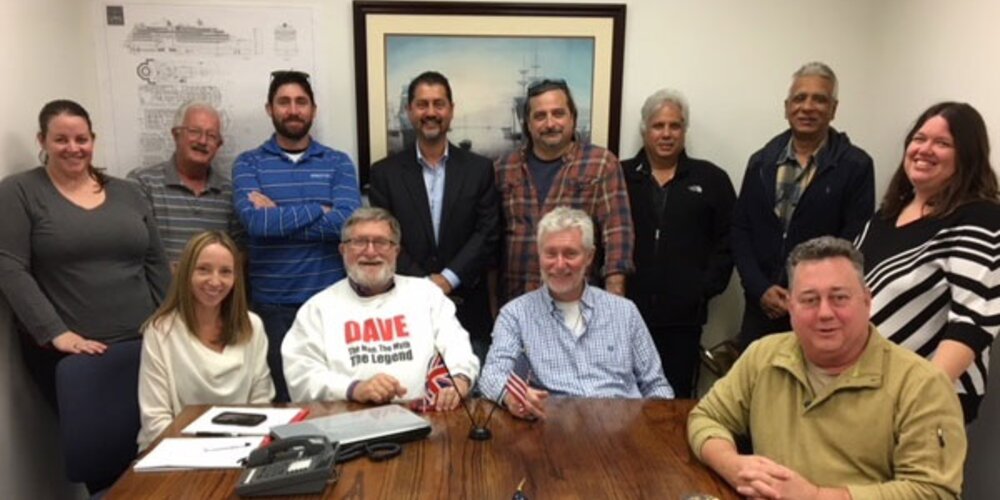 On 18 January 2021, Brookes Bell announced the addition of the US based marine consultancy 3D Marine as part of the company’s global growth strategy.

The move is part of Brookes Bells’ long-term strategy to service clients across the globe, giving the company an additional presence in Houston and Miami alongside its current offices in Liverpool, London, Glasgow, Shanghai, Hong Kong and Singapore.

3D Marine was established in 1989, by three master mariners from Liverpool, David Scruton, David Carlisle and David Marsh.  All three had moved to Houston to handle the US based work of their employer Stanton Marine, a marine survey firm. Together they bought out the US side of the business and built the company 3D (the three David’s) Marine up from there.

Today, 3D Marine is a full-service consulting group, specialising in all aspects of marine transportation, offering vessel and cargo surveys, casualty, and marine engineering consultancy, in many ways mirroring the work and specialisms of Brookes Bell.

David Scruton, the CEO of 3D Marine when it was acquired by Brookes Bell, moved out to the US permanently in 1992.  He explains that the company initially focused on a lot of P&I work, because as senior ex-seafarers, the three founding partners were ideally skilled and experienced for survey and investigation work, with many US firms favouring the UK seafarers experience and training above all others.

In those days, companies used Seafax to appoint a surveyor abroad and 3D Marine’s first big job was investigating a vessel that sunk after a collision near Port Maracaibo, Venezuela.  From there the business grew and by the mid 1990s, 3D Marine was taking on more surveyors.  Wherever possible the new recruits were master mariners, chief engineers or senior officers for the invaluable perspective it gave their surveying.

David Scruton says that he has been aware of Brookes Bell for many years, not least because coming from Liverpool it was well established in the city, but he was also close friends with David Spence, a Brookes Bell employee and they kept in touch over the years.  There have long been synergies between both companies, and David says, he has on several occasions contacted Brookes Bell if there was a job requiring expertise that 3D Marine didn’t have.

By the late 1990s, 3D Marine was beginning to work more and more the expert witness field - work that has continued to grow.  This work has developed, reflecting the very different legal system in the United States, with its federal and state court system, depositions and trials, but 3D Marine has built a solid reputation in this specialist area.  Indeed, at the end of last year, of the ten surveyors based in Houston, seven of them are expert witnesses, one specialising in wind energy logistics.

Always focused on maritime, a large percentage of 3D Marine’s expert witness work is now personal injury, reflecting the more litigious nature of the US legal system, with the company usually acting on behalf of the shipowner or operator.

Looking ahead and working together

It was in 2019, when he was on a trip to the UK that Dave Scruton visited Dave Spence socially and got talking about plans for the future.  The suggestion arose that 3D Marine could facilitate Brookes Bell entry into the US market, supporting Brookes Bell’s global growth ambitions.

David Scruton, CEO 3D Marine says: “I am obviously delighted that the company has been acquired by Brookes Bell, there have been approaches in the past, but this option offered the very best continuation for our staff, who are enormously valued and have been very loyal over the years. Now we have so much more expertise and resources to tap into, it really does take the company and our future to the next level.”

Over the years 3D Marine has worked around the US coast, and across South America, for a while the business had an office in Venezuela until the government of Hugo Chavaz forced its closure.

As a leading technical and scientific consultancy, Brookes Bell has unrivalled expertise in casualty investigation, forensic analysis, technical dispute resolution and expert witness work.  This is combined with the latest cutting-edge in-house technology provided by the new in-house laboratory services, which will support the company’s expansion into new US markets.

Currently, 3D Marine’s Miami office primarily covers convenience cargo with a lesser focus on the region’s passenger market.  However, moving forward using Brookes Bell’s experience from its work across Europe and Asia, and building on 3D Marine’s working relationships with Royal Caribbean and many of the other large operators in Fort Lauderdale and New Orleans, the company aims to significantly increase its market share in this sector.

The Houston office covers much of the energy, oil and gas markets offering a gateway to the Gulf, Mexico and South America. Houston also covers a lot of ‘brown water work’ ie. inland waters and rivers. The Intracoastal Waterway (ICW) is a 3,000-mile (4,800 km) inland waterway along the Atlantic and Gulf of Mexico coasts of the United States, carrying a huge amount of river traffic.

Many of the vessels in the region are barges, push boat or tug boats and unsurprisingly there are many collisions, groundings and injuries relating to these cargo carriers.  Brookes Bell will work with 3D Marine to apply ‘blue water’ technology to this sector, potentially delivering new services and approaches for customers.

Similarly, the offshore industry has huge business potential, there’s a well-established crude and chemical tanker market and the LNG market is growing, with more LNG now being loaded in the US heading for Middle Eastern destinations.

The pleasure boat market is increasing too, several of 3D Marine’s staff are boaters and masters, experts in pleasure boat issues, there’s an increasing market for engineering work here, with many in the team able to specialise.

Shipbuilding is another growth area, and here Brookes Bell has significant depth of experience and discipline through its work in China through its Shanghai office, including experience in shipbuilding disputes which will readily transfer to the US market.

3D Marine’s Elliott Tulloch is acting as project manager for an Arctic/Antarctic ice classed cruise vessel, which has been built in Croatia and is currently undergoing sea trials. He will return to the Houston office in mid 2021 once the vessel has been successfully delivered to the owners/operators.

In all these areas Brookes Bell and 3D Marine combine to offer outstanding multi-disciplinary expertise to support further expansion into the US market.

David Scruton concludes that: “By bringing together the Brookes Bell and 3D Marine teams, we can maximise our synergies and make full use of our team’s depth of knowledge and reach of experience -  it’s an exciting and unstoppable combination for both sides of the business”

John Gibson, Brookes Bell’s Director of Asia, who is currently overseeing the synergy between the firms, in the US adds that: “Brookes Bell’s focus is on developing their presence in the US markets and bridging the differences and similarities between America and Asia.  Our shipyard and passenger vessel expertise, along with sophisticated tools for investigation offers immediate opportunities.  We can apply the lessons learnt and experience gathered in Asia to grow our and improve business and trade difference – against the perception of any trade war.

“But it doesn’t just stop there, in almost every other sector Brookes Bell and 3D Marine will boost the service offered to our customers.  I believe that, by applying the style of forensic investigation work undertaken in Asia and the UK, along with the existing position 3D Marine has in the US, the combined mix and mindset, will deliver the right package for our clients and grow our business significantly.”