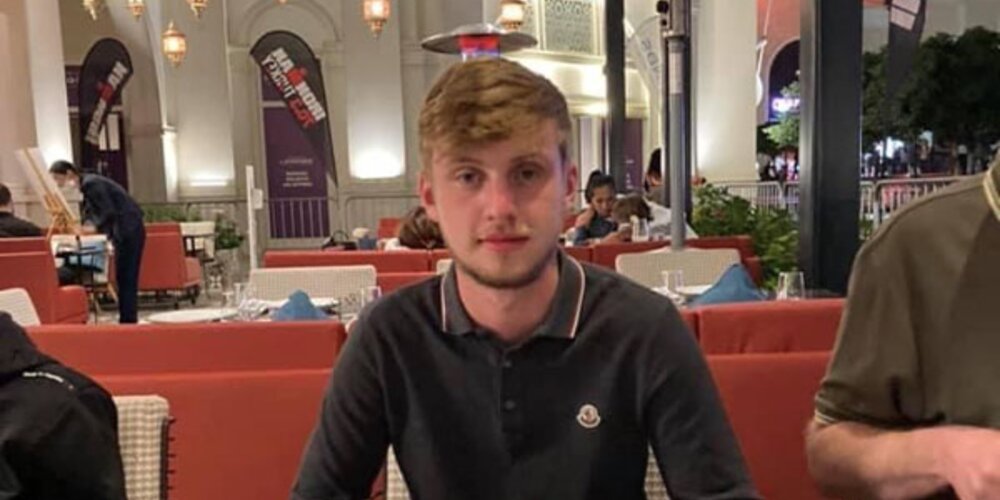 This month we meet one of the younger members of the team at Brookes Bell. Ben Marray joined Brookes Bell a year ago as a Lab Apprentice working with the metallurgy division and the non-destructive testing team.

Ben is studying at the Engineering College, in Birkenhead, Wirral, near Liverpool. His apprenticeship is a combined work experience and college training scheme lasting for four years.  He attends college one day a week and the rest of the time works with the Brookes Bell team at The Lab. His course is mechanical and electrical engineering and includes a diploma qualification backed up by theoretical knowledge, as well as English, Maths, ICT skills and work related personal skills.

“I started at the Engineering College after completing my A levels.  I was interviewed by the college about work placements, then when the job with Brookes Bell came up, I was asked if I wanted to go for it.  I didn’t know Brookes Bell beforehand, so did some research into the company and it looked really interesting.  I was successful and joined the team in October and have been here a year now.

“I am working on a lot of failure investigations at the moment. We receive a job and investigate the circumstances and the damage to the materials involved, to try and understand what happened and why.  More often than not, a key part of the structure will be sent to The Lab for further analysis.  We will decide how to cut off a key area of the material without causing any damage to the focus point, which will allow us to examine it in greater detail. This is done by using our grinding and polishing wheels, and we can then use Lab’s high-spec microscopes to resolve features at 1 micron, allowing a very thorough investigation. By doing this, depending on what the focus point is, we can examine the microstructures or see the fracture point at a much greater perspective.

“One of the highlights over the past year has been helping the Non-Destructive Testing team out on a marine testing and inspection project. We visited a Roll-on Roll-off Passenger Vessel (Ro-Pax) in Oban, Scotland with the NDT team to perform a structural steel analysis of a vehicle deck.

“The ferry operator provided us with the structural details by way of a General Arrangement plan and Deck Construction drawings so that we could evaluate these first, to assess the project particulars. Our next step was to transpose the drawings into our in-house analytical CMAP software, where we scale the drawings in the model, creating a digital point cloud so that the measurements we take on site, relate to true positions in the digital corrosion model we’re creating.

“I enjoyed marking scan zones on the deck, capturing the data and seeing how that fitted into the final corrosion model.  The data collection process uses different equipment again. We scanned the entire deck with various sensory array probes to input data into the PECA system, which is a high performance reinvented pulsed eddy current array solution.  It works by analysing magnetically induced eddy current signals.  In more simplistic terms, the probes send pulses through the steel and back up again which can show us the thickness of the plates and any deterioration, and we can see how thick the steel is compared to its nominal thickness.

“I do find the whole process quite fascinating, it’s very specialist equipment and there’s really no other company using non-destructive testing in this way for the marine sector so it was great to go out with the team and learn from them.

“When I finish my apprenticeship, I would like to explore the NDT work further and hopefully work in this area. I’m glad I’m doing an apprenticeship, it really opens up what you can do with your career, the subject is really interesting and hopefully I might be able to travel all over the world.

“I didn’t know much about shipping before joining Brookes Bell, despite Liverpool’s history, and none of my family have worked in the industry either. The closest is my brother, he’s an engineer working for Airbus, on the plane wings.

“Outside of work I am really keen on football, I play for two teams, the Whitby Rangers, which is a team put together by friends. The other team is called Capenhurst Villa FC and it’s a higher standard, with teams playing in the west Cheshire league 1 & 3. I train twice a week and generally play two games each weekend.”