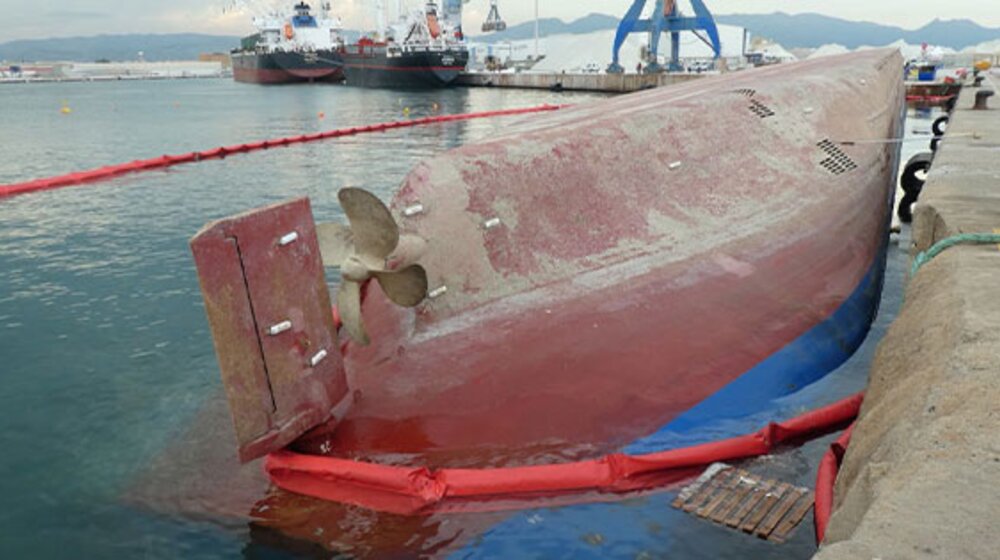 Adrian Scales, Head of Nautical has spoken at the recent Informa Salvage and Wreck conference which was held in London at the beginning of December.

He was discussing Brookes Bell’s role managing the salvage and wreck removal of the capsized Turkish vessel Nazmiye Ana, alongside representatives from salvors Ardentia Marine and BlueTack.

The vessel was a feeder general cargo ship - 1,550 DWT, 79m long and 10.9m wide - loaded with about 25 containers and 610 tonnes of breakbulk cargo that capsized during loading, in the Port of Castellon, Spain.

An Invitation to Tender (ITT) was issued within a few days of the incident and following a short tender period the salvage team from Ardentia and Bluetack were nominated and appointed to progress the works.  The Spanish incident was high profile and sensitive, one seafarer was still missing, and another had lost their life.  The wreck needed to be removed as quickly as possible to avoid any pollution and the utilization of local resources already in attendance assisted in this process and helped to keep the various local and national authorities on our side.

After much consideration, of various options, it was decided that the most cost effective and time efficient method was to lift the vessel inverted from the water and to scrap the hull on the adjacent quay.  It was proposed that the vessel could be lifted using multiple crawler cranes and moved backwards over the quay to a designated scrapping area.  This was a really cost efficient solution, with no need for waterbourne resources, that maximized the use of local resources, and allowed for further searches for the casualty.  It did, however, require a geotechnical study of the quay and special permits from the Port and national authorities.

For the process, the vessel had to first be freed of any obstructions – with divers using thermal lances to remove hatch hinges and antennas – before moving the inverted hull clear of the cargo deposits.  Thereafter the hull had to be prepared with the installation of lifting points for the lift operation to proceed.  Various sensors were used to monitor vessel movement and anti-pollution barriers were maintained around the ship throughout.

The final lifting operation required two crawler cranes with a 600 tons lifting capacity with supplemental (not used) 500-ton telescopic crane.  The quayside had to be prepared for load spreading for the quay transfer and the scrapping area protected with environmental barriers for the scrapping operations to be completed.  The lift preparation and general operation took some four weeks to complete and thereafter the scrapping process took a further eight weeks.

Adrian said: “This was a complex operation which needed to be resolved quickly.  By utilizing local contractors that were ably supported by an international salvage master we were able to support the communities and stakeholders impacted by this tragic incident.  The process followed was both cost effective and time efficient which made a real difference to those involved and contributed to the successful operational management of the whole salvage operation.”

A time lapse video can be found on our YouTube Channel - https://www.youtube.com/watch?v=JTCBAYZqUjA&t=9s