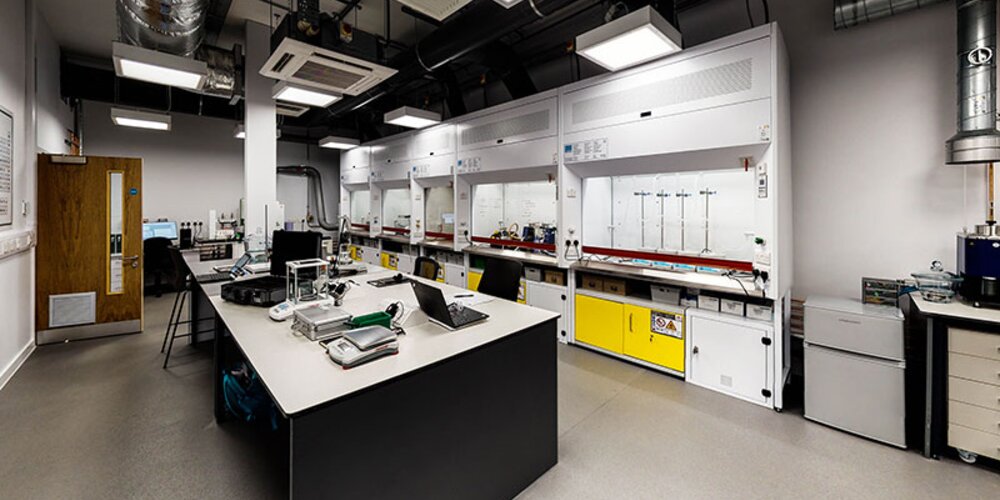 Jenny Davies heads up the fuel services practice at The Lab at Brookes Bell in the northwest of the UK. As a fully independent research facility that incorporates a range of disciplines, the fuel services division is able to deliver in-depth, comprehensive testing, analysis and investigation that is unique within maritime and other industries. Coupled with this service, a wider team of chemists, metallurgists, engineers and related consultants mean that The Lab at Brookes Bell is able to deliver a complete fuel advisory service.

The Lab is not your typical mass testing facility, focusing instead on using creative scientists and state-of-the-art equipment to provide detailed analysis of specific investigative issues as well as fuel research. Since The Lab began operating late last year, Jenny says that the bulk of her team’s work has focused on issues with low sulphur fuel oil which is being used much more prolifically following enforcement of the global sulphur cap. The inclusion of sediments and sludge is causing problems on board, generally in the fuel treatment process and before the fuel arrives at the main engine.

The Lab’s role is to identify why this is happening and, particularly, which compounds are causing the problem. Working to ISO 8217 standards, Jenny’s team conducts a range of “table 2” physical tests and then they are able to combine these with analytics using specialist equipment and methods including gas chromatography mass spectrometry (GCMS) and Fourier transform infrared spectroscopy (FTIR). This allows the team to identify specific compounds and their concentrations within the fuel as well as elements that were, until that point, unknown.

The fuel testing division within The Lab works closely with the other disciplines such as microscopy, metallurgy and non-destructive testing. This, together with the numerous research projects currently being pursued by the fuel testing team, contributes to a knowledge base that can be applied to the wide variety of issues being presented to The Lab by its clients.

It is The Lab’s role to identify and report on the facts of the specific fuel issue and it does this independently, comprehensively and without any bias or input from any other source – including remaining independent from Brookes Bell. Once completed, and if requested by the client, The Lab’s team of fuel experts can then provide additional opinion and advice.

Since the opening of The Lab at Brookes Bell, the fuel testing division has performed marine-related services for vessel owners, underwriters, P&I Clubs, charterers and others. It has also extended its expertise to investigate issues with paint and cargo contamination as well as providing services to non-marine clients.

With a talented and experienced scientific team and best-in-class technology, The Lab has a very bright future getting to the truth of client’s fuel, metallurgy and NDT issues.

If you have a need for independent, high-quality forensic and investigative analysis contact The Lab today at labenquiries@brookesbell.com.