What Are Materials Science and Materials Testing and Why Are They Important? 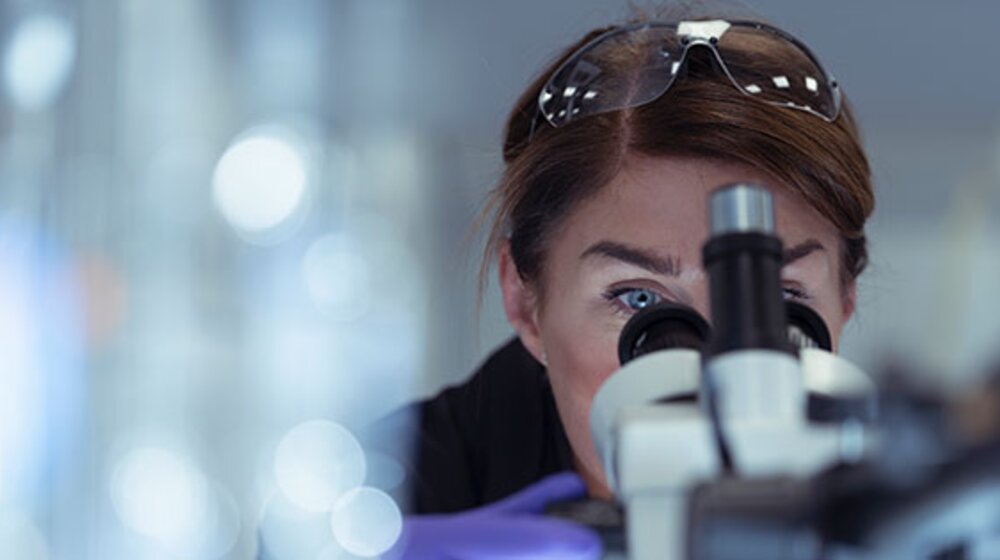 What is materials science?

Materials science is an interdisciplinary field of study that covers the design and discovery of new materials.

In examining the design and discovery of materials, materials science delves into multiple areas such as the physics and chemistry of matter, industrial manufacturing processes, engineering applications and much more.

It’s the job of materials scientists to study the relationships between the properties and structure of a material and come to an understanding as to how new materials can be developed, and the processes required for manufacturing them.

Why is materials science important?

Everything is made of something.

That might sound like a strange way of putting it, but materials science is integral to modern life.

It’s materials science that develops those materials and applies them to everyday applications, be they in consumer products, medical devices, technology and more.

Materials science allows us to understand what things are made of, and how to make them better. As such, materials science has become an integral part of countless industries across the world.

If it wasn’t for the work of materials scientists, the world wouldn’t have a swathe of now essential gadgets and devices.

From smartphones and laptops to medical equipment and power tools, lithium-ion batteries power millions of different devices on a daily basis.

First proposed in the 1970s by M. Stanley Whittingham who discovered the concept of intercalation electrodes, the first prototype lithium-ion battery was created in 1985 by Akira Yoshino.

Following extensive research and development, the first commercially available lithium-ion battery was developed by Sony and Asahi Kasei in 1991.

That’s largely thanks to the hard work of materials scientists!

Graphene has completely transformed many applications.

Consisting of a sheet of carbon just one atom thick, graphene is able to conduct electricity and dissipate heat faster than any other known substance. It’s also 200 times stronger than steel, stretchable, flexible and superconductive.

Thanks to these properties, graphene is being used to tackle some of the world’s most pressing issues, for example:

As you can see, graphene really is on track to fundamentally change many industries and tackle some of humanity’s biggest problems.

Another materials science breakthrough which promises to transform the renewable energy industry is perovskite.

At present, your average solar panel only has a conversion efficiency rate of around 16% - that is, of the total sunlight it captures, only 16% will be converted into electricity.

Whilst not a material-breakthrough, the development of the scanning tunnelling microscope (STM) followed by the atomic force microscope (AFM) has provided materials scientists with access to the nanoscale world.

Thanks to their new-found ability to probe the local properties of a sample directly with nanometer resolution, these new microscope technologies have arguably helped drive recent breakthroughs in nanotechnology.

From the telecommunications industry through to CD and DVD players, barcode readers and more, semiconductor lasers and LEDs are now ubiquitous.

Solid state lighting, in the form of LEDs, is now increasingly being adopted over traditional light bulb technology, both in domestic and industrial settings. This has the potential to significantly reduce the world’s energy usage, a much needed progression given the current climate crisis.

One area where materials scientists have made major progress over the past half century is in advanced composites. Advanced composites have found a home in myriad industries from transport and automotive to packaging and civil engineering.

Carbon fibre reinforced plastics are extremely stiff, highly strong yet also lightweight. This makes them ideal for applications such as aviation, performance sports and other areas where strength and lightweight are important properties.

Carbon nanotubes are, as their name suggests, cylindrical molecules that consist of rolled up layers of single layer carbon atoms.

Because they use graphene as a ‘building block’, carbon nanotubes share many of that material’s characteristics, with carbon nanotubes having a mechanical tensile strength 400 times that of steel, better thermal conductivity than that of diamond, and are highly chemically stable and resist virtually all chemical impact.

Whilst carbon nanotubes are still not widely applied (there remain significant issues around their synthesis, purification, large-scale production and assembly into devices which need to be solved), they do hold much promise as an alternative to conventional composite materials.

With industries such as the maritime industry, oil and gas industry and others always looking for ways to improve fire safety and save lives, the development of composite metal foams is an exciting development.

Because composite metal foams are up to 70% air, CMFs are not only lighter than traditional solid metals, but have a much better thermal profile.

As one of the leading developers of CMFs Afsaneh Rabiei describes it, “this product can save people the same way that bubble wrap saves glass and fragile items in transportation”.

Shrilk is a biodegradable ‘plastic’ which has been developed by researchers at Harvard University’s Wyss Institute for Biologically Inspired Engineering.

Based on the composition of insect exoskeletons, shrilk is composed of chitosan - a component in shrimp shells - and fibroin which is a silk protein.

The resulting material, shrilk, is flexible, strong and is biocompatible which means it’ll be suitable for a variety of applications including implantable medical devices, tissue engineering, scaffolds for surgical closures, implantable foams and films and more.

Aside from its multiple potential applications, shrilk also promises to help alleviate humanity’s addiction to damaging traditional plastics. To give you an idea of the scale of problem that shrilk could solve, approximately 8,300 million tons of plastic have been produced since the 1950s - only 9% of which has been recycled!

A materials science development which could be potentially transformative for global infrastructure and construction industries is carbon concrete.

Carbon concrete essentially involves reinforcing concrete with carbon fibre rather than steel. This helps to eliminate one of the biggest problems with steel-reinforced concrete - oxidisation.

When steel within concrete oxidises it can degrade the structure - this is particularly problematic in high-corrosion environments such as at ports and docks.

Not only does carbon concrete eliminate the risk of oxidisation, but it’s much stronger too with a load bearing capacity that’s five or six times more than traditional steel reinforced concrete.

What’s more, carbon concrete is significantly lighter than traditional steel reinforced concrete, and thanks to the fact that it doesn’t oxidise, will have a longer service life.

What is materials testing?

Now that we’ve explored the world of materials science and taken a look at some of the biggest breakthroughs and developments within the science, let’s take a look at the discipline of materials testing.

In the most basic sense, materials testing refers to the process of testing a material sample in order to identify its exact composition and assess its strength and other properties.

Materials testing is not only used to identify materials and their properties, but also used in an investigative sense e.g. to find out why a material failed.

Why is materials testing important?

Materials testing is an important part of many industries as it allows businesses to understand how a material is going to react whilst in use.

Materials testing can allow you to understand how a material will behave when subjected to different loads and forces such as tension, compression, bending, torsion, shearing and more.

Because of this, materials testing allows the designers of components and assets to make educated, data-driven decisions regarding the types of materials they will use.

By being able to select the most appropriate materials, the designers and manufacturers of components and other assets reduce the likelihood of complications occurring in the future.

For example, if you know that a piece of infrastructure such as a crane is going to be subjected to adverse weather conditions (e.g. on the topside of a vessel), material testing will allow you to select materials that are highly-resistant to corrosion.

As was mentioned earlier, materials testing is also important in the event of the failure of a component or asset.

The failure of components such as engines or pieces of infrastructure such as cranes can lead to litigation, significant financial exposure, injury to personnel and more.

As such, when a failure does occur it’s vital that you are able to find out why.

Materials testing allows you to do just that.

What are the different types of materials testing?

As there are such a huge variety of different materials in use throughout the world, there are multiple types of material testing methods.

The many different material testing methods can be broadly placed under two distinct categories:

What is destructive testing?

Destructive testing, as you’ve probably guessed, involves tests which result in the eventual destruction of the sample.

The different types of destructive tests include:

These tests (and others) help to assess a variety of factors, from the strength of a material to the loads it can bear, as well as corrosion resistance and more.

Like other material testing methods, destructive testing can be carried out to inform material selection, or to determine the cause of a failure.

What is non-destructive testing?

The other main group of material testing methods is non-destructive testing (most commonly referred to as NDT).

NDT involves evaluating the properties and characteristics of a material without causing damage to the original sample or part.

Non-destructive testing has the obvious benefit of not destroying samples, but some NDT methods can even be used whilst a part or component is in use.

As you can see, there are a significant number of different material testing methods.

So, no matter which industry you work in, if you need to test a material, it’s likely that there’s a materials testing method that’ll do the job for you.

Speak to the materials science experts

We hope you’ve found our guide to materials science and the different types of materials testing methods helpful.

If you’re looking to test a material or need assistance investigating a failure, then The Lab can help.

The Lab is a centre of excellence for failure investigations and materials analysis. Based in the North West of England, we offer a wide range of services that will help you select the best, most-suitable materials for your project, or get to the bottom of a material failure.