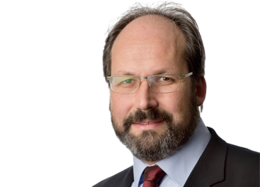 Martin Jonas is a physicist and food scientist with a First Class Diplom degree from Cologne University and an MPhil and PhD from Cambridge University, having carried out academic research in the Departments of Physics and Plant Sciences.  He is a Chartered Physicist and a Fellow of the Institute of Food Sciences and Technology.  Having published prolifically during his time in academia, he has specialised full-time as a forensic cargo scientist investigating the cause and effect of cargo-related marine casualties and claims since joining Jarrett Kirman & Partners in 1998. He became Partner in Brookes Bell in 2003 and Director of Science UK in 2019, heading the UK-based team of cargo scientists.

Martin's scientific and surveying expertise concerns the ocean carriage and storage of a wide variety of bulk, packaged or containerised commodities; grain cargoes, whole oilseeds, rice, seed cake/meal and other agriproducts, raw and refined sugar, fertilisers, liquid cargoes such as edible oils, ores and other minerals, chemicals, fruit and vegetables, etc.  In addition to his general casework, he has dealt extensively with problems arising from microbiological self-heating of grain and from the potential liquefaction of mineral ore concentrates and other mineral bulk cargoes such as nickel ore and iron ore fines.

He has attended on board many ships to carry out forensic investigations into the cause and extent of cargo deterioration and spoilage, liquefaction, contamination, water damage, insect infestation/fumigation, heating and fire and other marine claims and also provides scientific advice based on documentary evidence. A major part of his work concerns advice on hazardous cargoes, including liquefaction and fire/explosion risks, and the IMO regulations governing their carriage in the IMSBC and IMDG Codes.  He has been advising the International Group of P&I Clubs and BIMCO on these topics.

Dr Jonas has acted as scientific expert witness in numerous LMAA, FOSFA, RSA and GAFTA arbitrations and in the Commercial Court in the UK and other jurisdictions.