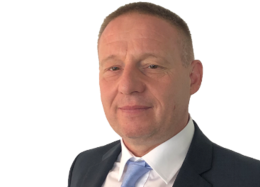 Lea McDonald is a Science graduate with a Masters degree in Fire Investigation from the University of Wolverhampton.  He joined Brookes Bell in April 2019.

Prior to joining Brookes Bell, Lea worked for West Midlands Fire Service for 31 years progressing to the rank of Watch Commander.  The last eight years of his career were spent as a dedicated Fire Investigator within a small team of six specialist Fire Investigators.  During that time, Lea attended a variety of incidents, from large-scale industrial to small domestic fires, often coordinating a multi-agency approach.

Incidents Lea has attended include fires and explosions in large industrial warehouses, factories with differing processes including chemical, recycling and manufacturing. Lea also has experience in the investigation of fires in the transport industry including airports, aircraft, trains, etc. Fires and explosions within domestic properties resulting from domestic appliances, the misuse of chemicals in the process of illegal substances and accidents within the home.

He has worked on many investigations involving fatal fires, criminal prosecutions and insurance claims.  Lea has experience of giving evidence as an expert witness in Coroners and Crown Courts. Lea's work as a Fire Investigator has been recognised and resulted in awards and commendations.

Joining Brookes Bell gives Lea the opportunity to use and to share his considerable experiences within the maritime and shipping sector.