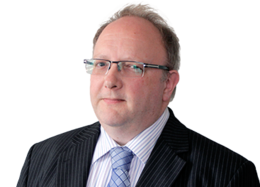 Dr Daniel Sheard has been a partner at Brookes Bell since May 2001 and Principal Scientist from 2019.

Daniel Sheard has a first class degree in the Natural Sciences, a Masters degree in Microbiology and a PhD in Physics/Applied Mathematics.  He joined Jarrett Kirman & Willems in 1996.

His area of scientific expertise is with regard to the carriage of and deterioration during carriage or storage of a wide variety of commodities; grain cargoes, whole oilseeds, derived agricultural products such as soya bean meal, fertilizers, liquid cargoes such as molasses and edible oils, minerals including ores and concentrates, chemicals, and refrigerated/frozen goods.  His work also includes investigating the source of and safe control of infestation of cargoes on board ships.  He has dealt with and investigated shipboard cargo fires and explosions in various commodities including coal and DRI (direct reduced iron).

He has attended on board many ships to carry out investigations into the cause and extent of deterioration or infestation.  He also provides technical advice based on documentary evidence in cases involving deterioration of commodities on board ships and in warehouses.

In addition to his general casework, he has been closely involved in investigating several cases of heating and deterioration of soya bean meal shipped from India in 1997/1998.

Dr Sheard has had close involvement with safe carriage of materials which may liquefy, and has advised on the safe shipment of nickel ore and iron ore fines in both individual cases and more generally to shipping industry bodies.

He also has expertise in biotechnology, and can advise on the properties and detection of genetically modified (GM) crops.

He has prepared technical scientific reports for, and has given expert witness testimony at, arbitrations and Court proceedings in the United Kingdom and the USA.

He has written a number of articles published in P&I Club circulars and other trade publications, and is co-author of a book on ventilation.

Damage to the following commodities: