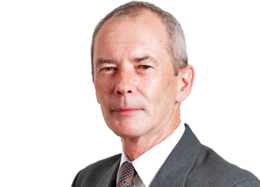 Graham has 8 years' command experience on bulk carriers and car carriers.  The bulk carriers were mainly operating from East Canada to the Caribbean or South America.  Graham has extensive experience of ice navigation in the Gulf of St. Lawrence, as well as transiting the Amazon River as far as Trombetas.

After leaving the sea, Graham spent over 5 years employed by a leading safety, inspection and training consultancy engaged in sailing on-board various vessel types to undertake safety and condition/pre-vetting inspections, and training the crew in safety and ISM/ISPS procedures.  Other typical work included internal ISM/ISPS audits and assisting the crew, during change of management or new building deliveries, to comply with Class and Flag State requirements for ISM and ISPS audits.  For 2 years he was the manager of the Operations Department, responsible to the owners and managers for a team of approximately 20 marine consultants.  This entailed, amongst other responsibilities, reviewing and approving all training and inspection reports, liaising with the owners and managers regarding attendance and requirements as well as costs and budgets.

Damage to and/or loss of: