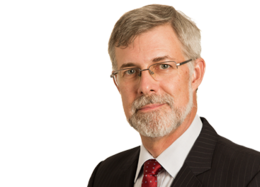 Matthew Fenton holds an unlimited U.S. Coast Guard Chief Engineer's License of Steam, Motor or Gas Turbine vessels of Any HP in addition to a Bachelor of Science degree in Marine Engineering Technology from the California Maritime Academy.  He joined Brookes Bell Hong Kong in November 2012, and relocated to the San Francisco Bay Area in August 2021.

During his 40-year career in the marine and offshore industries, Matthew has served as a senior officer and Chief Engineer on chemical tankers and roll-on/roll-off (Ro/Ro) vessels and as a junior officer served aboard bulk carriers, survey vessels, and passenger/cargo ships before coming ashore as a Superintendent Engineer, then moving into marine consultancy in 2000.

Clients have employed him as an expert witness in a range of cases, including stern tube bearing failures, vessel performance and fuel consumption issues in newbuildings, charter redelivery, and floating production system disputes.  He has given evidence in LMAA and ICC arbitrations and is a member of the Korean Civil Arbitration Board’s panel of arbitrators.

As a consulting marine engineer, Matthew has investigated many hull and machinery cases, including main and auxiliary engine damage (low and medium speed motor as well as steam turbine), hull casualties, shipboard fires and fuel contamination.  His experience includes both commercial and naval vessels.

When Brookes Bell was appointed to provide forensic investigation support to an Asian government’s enquiry into a passenger ferry sinking, Matthew led the machinery investigation team.

Matthew’s naval background resulted in his appointment by an Asian nation’s Ministry of Defence, where he led the Brookes Bell, forensic team investigating a shiplift failure; he also developed the shiplift’s salvage program.  In addition, he has also been part of a salvage team attending an LPG carrier after an engine room fire.

He has applied his project management experience in many cases involving shipyards, both for repair and newbuilding.   The issues involved concerned delivery, guarantee and vessel performance.

He has employed his offshore operational experience in the survey, management and adjustment of energy claims involving platforms, support vessels and floating production systems.  Matthew was responsible for developing and implementing risk engineering programs for vessel fleets, ports, and terminals, and for factory-to-site transportation of heavy lift and project cargo supporting insurance policies that included Delay in Start Up coverage.

While working as a Superintendent Engineer, he was responsible for day-to-day operation, maintenance repair and conversion of ocean-going ships as well as floating production systems (FPSO).  He was the project manager for the conversion of two RoRo vessels in the United States, and the service life extension of an FPSO in Singapore.  His global superintendency background has given him a wide variety of experience in the management of repair projects, including the technical and commercial aspects of working with designer and shipyards.

Matthew served in the US Navy’s reserve component in the Middle and Far East, both at sea and ashore in support of fleet and ground logistic operations. His service included carrying out risk assessments of port and shipyard facilities in several countries.  His expertise was employed in the development of counter-piracy doctrine and operations in the Horn of Africa.  He was decorated for his management of guarantee repairs to the naval logistic ship USNS WASHINGTON CHAMBERS (T-AKE-11). At the time of his retirement in June 2012, he held the rank of Captain after 30 years of service.

During his 24-year residence in East Asia from 1997 to 2021, Matthew lived and worked in Mainland China, Hong Kong, and Singapore.  He is conversational in Mandarin Chinese and has a basic knowledge of Indonesian, German and French.

Fellow of the Institute of Marine Engineering, Science and Technology (UK)

Member of the Nautical Institute (UK)

Member of the Society of Naval Architects and Marine Engineers (USA)

Member of the National Association of Marine Surveyors (USA)

Member of the International Institute of Marine Surveying (UK)

Hull and Machinery Surveys, including:

Maker’s Training and Experience of Main and Auxiliary Engines