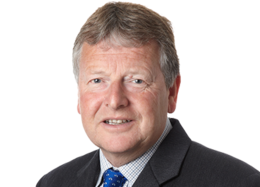 Roger Daniells is a Master Mariner.  He joined Brookes Bell in January, 2011, from a position as Divisional Managing Director of a leading company of Marine and Cargo Surveyors.  He has considerable experience on various cargo claims as well as major casualties including groundings, fires and flooding/water ingress.

Roger has extensive expertise in cargo damage claims on a variety of goods including timber, paper and steel products, bulk and general cargo as well as refrigerated cargoes.

In addition to the above, Roger has been actively involved in loading and securing project cargoes, including wind turbine power systems, and has investigated losses/damages.

He has also investigated cargo losses by theft, deception, and by fraud, and has also been involved in related loss prevention programmes.

Initially served as third officer on refrigerated cargo vessels generally trading between Central and South America, and South Africa to Europe and the Middle East.  Duties included cargo operations, and safe passage of the vessel, and maintenance of navigational equipment.  Over the years promoted to chief officer with the main responsibilities being crew management, safe carriage of cargo and cargo operations, and deck maintenance.