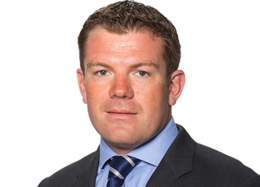 Simon is a Chartered Naval Architect with a Master's degree in Naval Architecture and Small Craft Engineering. Simon joined Brookes Bell Safety at Sea Limited in 2011 and became an Associate in 2015, having previously worked for Babcock Integrated Technology at Rosyth Dockyard, providing engineering support to the refit projects within the yard.

Since joining Brookes Bell Safety at Sea Limited, Simon has worked on a number of technical investigations into the causes of marine failures and new build disputes, including flooding analyses and structural failures.  He has attended salvage and wreck removal operations, providing support and assessing the strength and stability of the casualty throughout the refloat process.  Simon also has experience of conducting structural damage surveys, draught surveys and incline experiments.