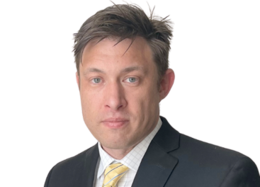 Captain Eric Crabtree has over twenty years experience in the maritime industry, graduating with a degree in Maritime Transportation in 2004 from the Massachusetts Maritime Academy.

Captain Eric Crabtree has over twenty years experience in the maritime industry, graduating with a degree in Maritime Transportation in 2004 from the Massachusetts Maritime Academy. After graduation, Eric worked onboard product and crude oil tankers with the Alaskan Tanker Company and Overseas Ship Holding Group, up to the position of Chief Officer.

Between 2009 and 2015, Captain Crabtree worked for McDermott, Helix and EMAS-AMC as an Unlimited Master and Chief Officer on pipe laying vessels and offshore DP 2 crane/construction vessels.

In 2017 Captain Crabtree worked as a Port Captain/Marine Manager for Crowley Petroleum Services. He was responsible for the safe and reliable shoreside management of up to ten (10) articulated tug barges (ATBs) and product oil/chemical tankers.

In 2019, Eric resumed working in the maritime salvage business for Ardent Global in Houston, Texas. Captain Crabtree worked as Salvage Master on numerous worldwide salvage projects for both emergency response and wreck removal.

In 2021, Captain Crabtree joined the 3D Marine/Brookes Bell team in Houston, Texas, working as a Consultant Master Mariner with a strong background in maritime salvage.